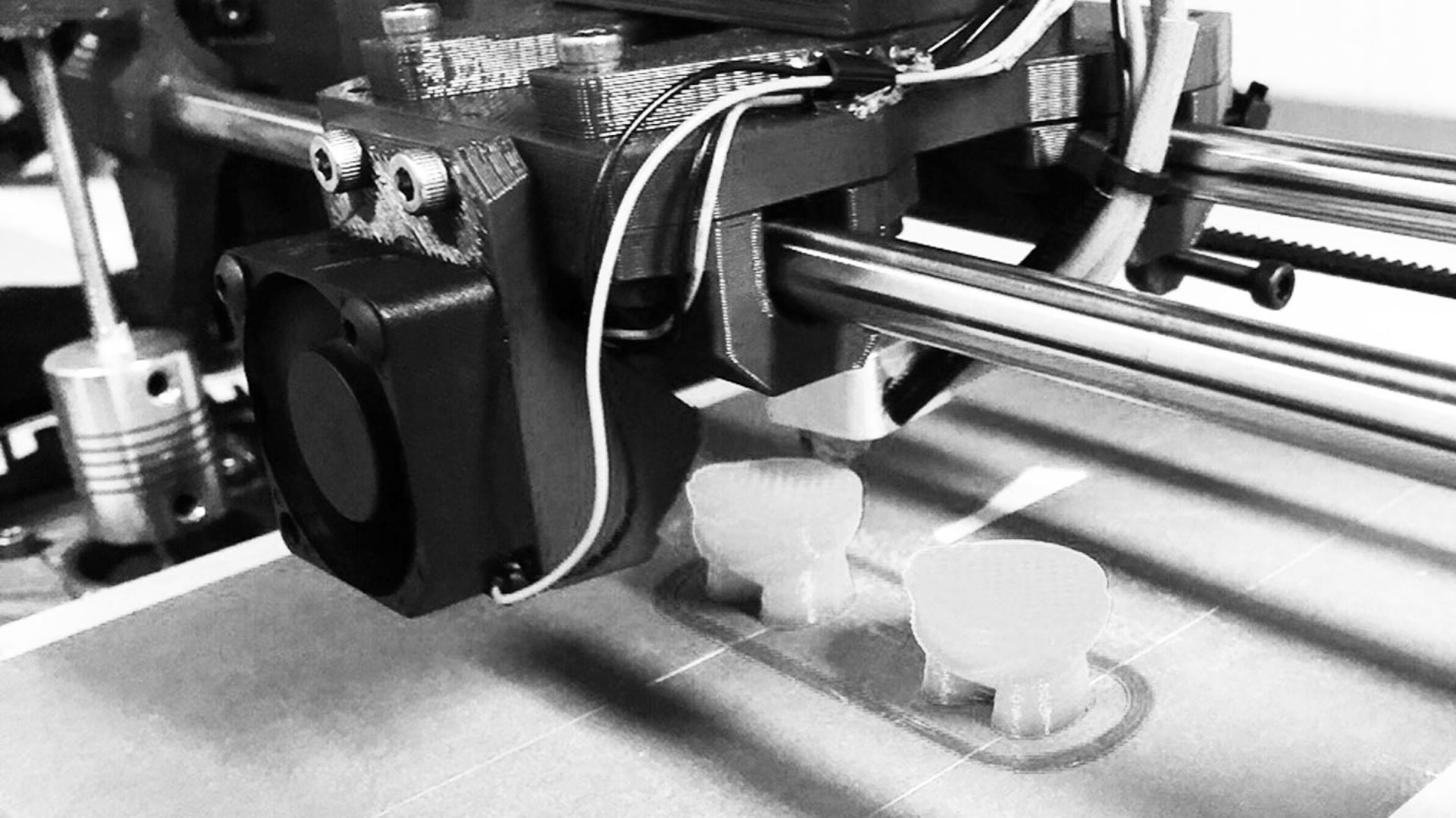 Well the package is stuck somewhere in customs at the moment, looking unlikely that it will make it here by the end of Friday. Oh well, nothing can be done about that!

In the mean time, I thought I’d share a few pics comparing parts between the first printer design and version 2. 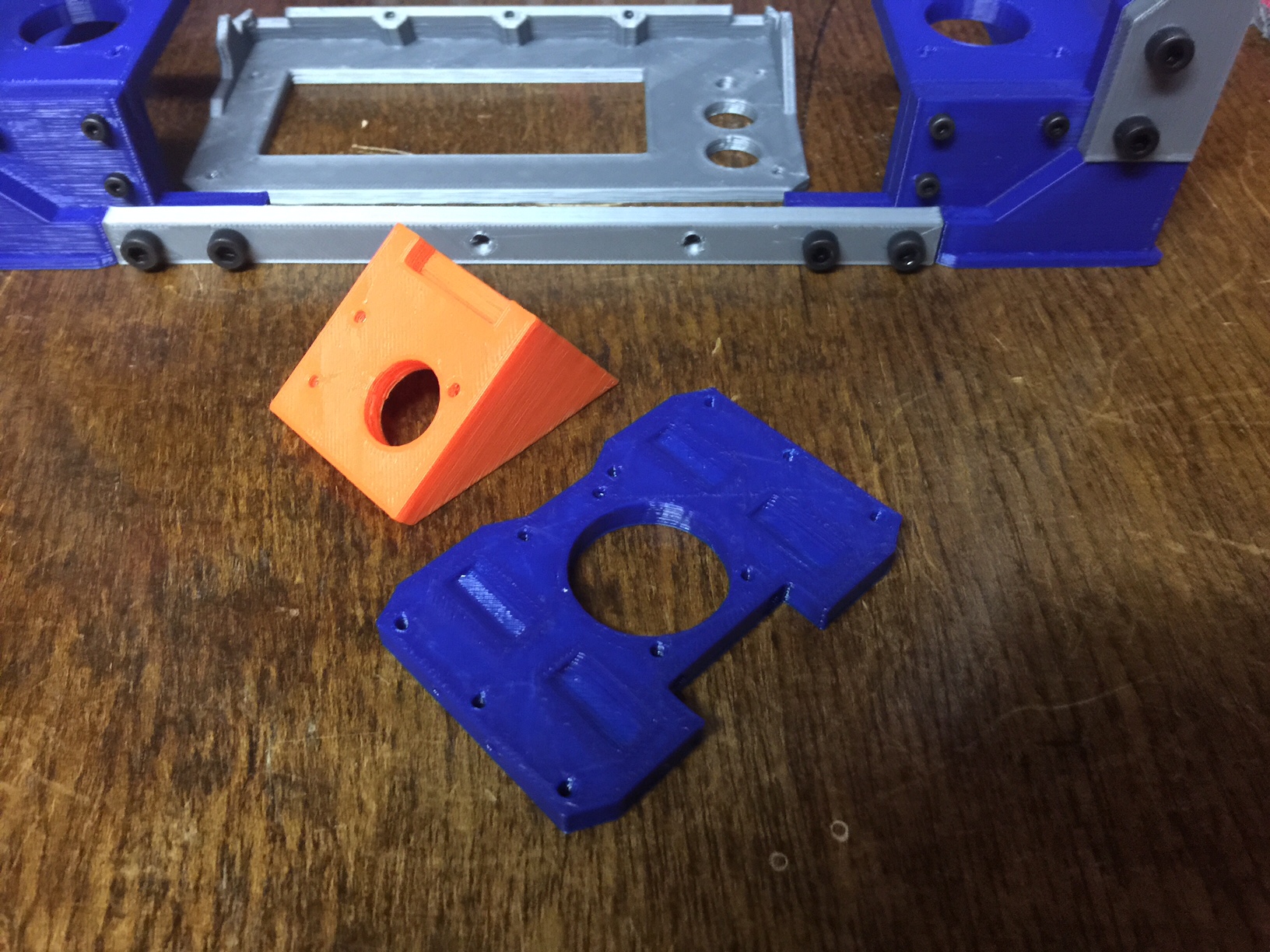 The extruder base, which was originally 1 piece in the first revision is now 3 pieces, and of a much larger design. Note that originally, the carriage was mounted vertically, whereas version 2 is now horizontal, for hopefully increased rigidity. 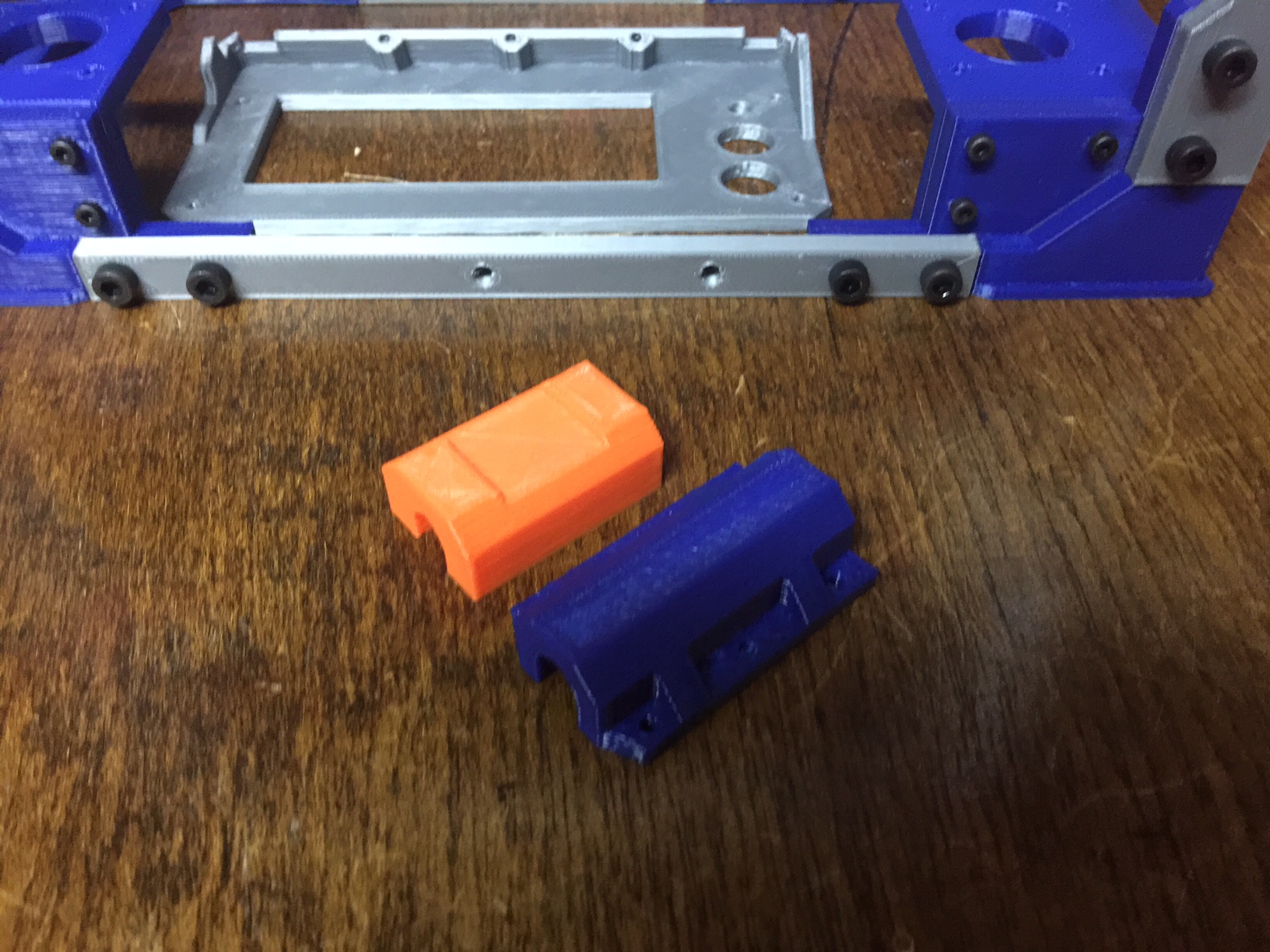 One of the bearing holders, this one used on the X axis. Not a huge change, but larger, and stronger compared to the original.

My favourite shot, the X axis rod carriers. Massive compared to the original, and much, much stronger.

Lastly, with a bit of down time, I was able to get a start on the design of the build guide and layout. While not finalized just yet, here’s a small sample of the design and layout you can expect when assembling this ‘bot 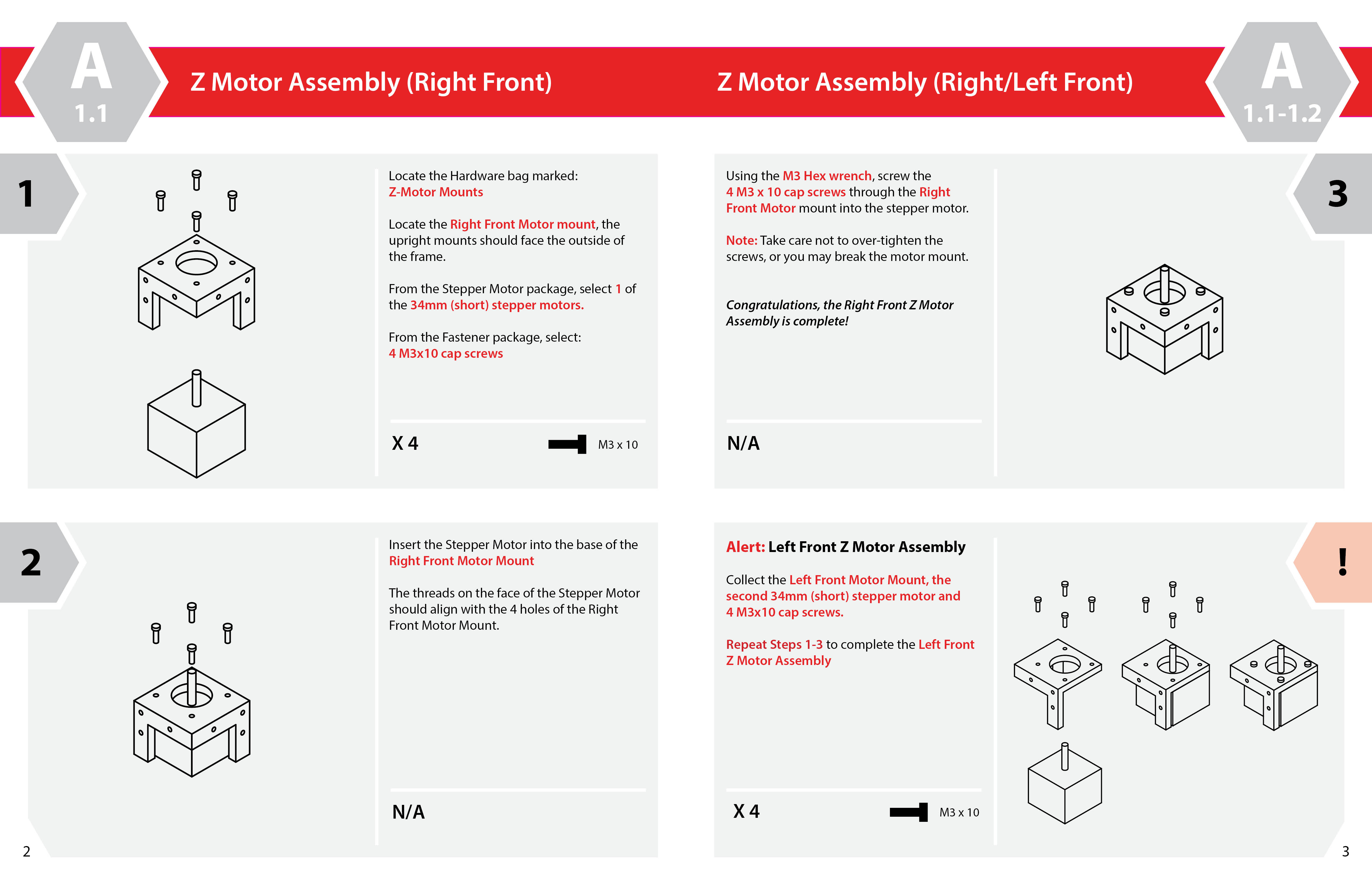